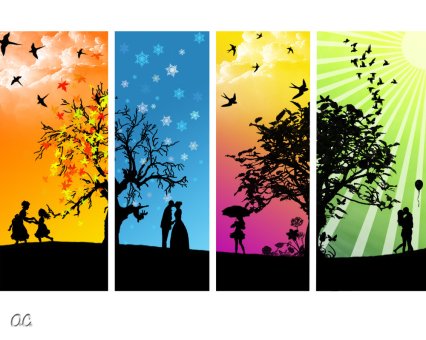 I don’t often get the opportunity to review events and even more rarely do I get the chance to write about local ones, mostly on account of the fact that I’d actually have to get out of the house from time to time in order to attend anything that can be classified as an “event”. Well, that has certainly changed in recent weeks and it all started with my visit to the Banat Philharmonic on Saturday January 19th. The concert that was being advertized was billing Antonio Vivaldi and Astor Piazzolla and their respective “Four Seasons”. Now, at the risk of being shunned by the music community and having my blog actively boycotted by all my readers (though I’m not actually sure that three people stopping to read my posts can really be called a “boycott”) I must admit that I am not, nor have I ever been a big fan of Vivaldi. I can appreciate the genius but it just doesn’t resonate with me. Piazzolla, on the other hand, is more up my alley. Nevertheless, whether you are a connoisseur of Vivaldi, a fan of Piazzolla or an admirer of both, on that evening you were not going to leave disappointed.

The anticipation surrounding the event was so high that the tickets for Friday (January 18th) quickly sold out and a second show was put together for the next day, which ended up being the one I attended.

The band was split in two camps, the Vivaldi workers on the left, and the Piazzolla pack on the right, the latter complete with colorful apparel and playful props. Camp Vivaldi was being led by veteran violinist Gabriel Popa and I have to admit that it did feel great getting to experience this monumental work of music especially under the lead of the (as far as my limited knowledge of string music could let me tell) flawless playing of Mr. Popa. After “Spring” was over we were treated to spring again, this time in Buenos Aires and brought about by the lead violin of the very young and immensely talented Catalina Costin. The Timisoara-born violinist is, as of June 2011 concertmaster of the Banat Philharmonic Orchestra and, incidentally, the youngest concertmaster in the country. Her grace and charm matching her talent, the young musician brought what I thought was exactly the right attitude for the dynamic and passionate character of the Argentinean tango, both visually – with a change of outfits to match all “seasons” – but most of all musically, timing everything perfectly.

I mentioned the “visual” aspect before since that was an integral part of the show, helping to emphasize the individual character of these compositions created 240 years apart and sharing, in actuality, only the name.  The static, intransigent character of the titanic classic versus the sinuous animated nature of the modern composition reflected beautifully in the performance of both “camps” and in the interlacement of the compositions. The concert began and ended with Vivaldi and, after the last moments of “winter” came to an end the musicians were met with a standing ovation and several calls for “encore”.

As I understand, the Banat Philarmonic are planning on taking this particular concert on the road, both in and out of the country. If you are interested in symphony music I recommend catching the event if you can, it will make you happy. If symphony music is not your cup of tea, I recommend catching this event, it will make you happy. Take it from a guy who rarely ventures out of Jazz territory.

In fact, I’ve mentioned at the beginning of the article that I rarely ever get out of the house to attend any kind of event but I have to add that, since January 19th I’ve made a weekly habit of catching the shows of the recently rejuvenated Banat Philharmonic and I have yet to be disappointed.