On September 24th, the George Mraz and Camilla Mraz Trio (with Anthony Pinciotti) will be performing at the Bohemian National Hall in New York City. The concert is called Return to Imagination, and will feature the band’s own compositions as well as a demonstration of live film scoring. I’ve been invited by the musicians to write a few words about their project, which I’ve seen live at the Inntoene Jazz Festival in Austria, earlier this year. You can read my thoughts on Return to Imagination in their program below.

On behalf of The Music and Myth, I highly recommend this concert for any knowledgeable jazz fan, and anyone with an appreciation for complex, cerebral music. 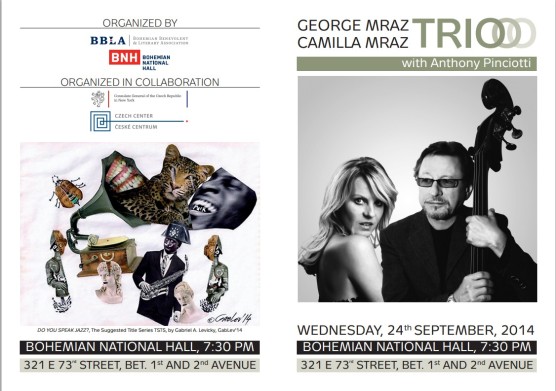