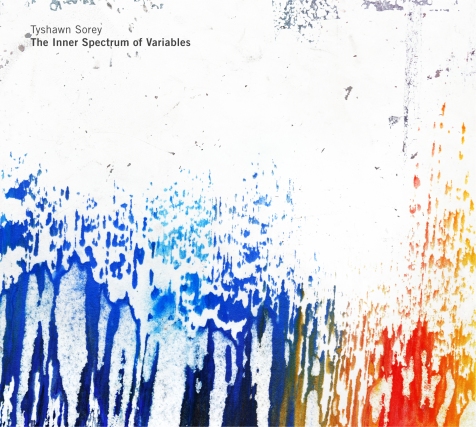 A couple of weeks ago, while browsing through the new releases, a particular record caught my eye. Two things stood out immediately.

First, the artist’s name. Tyshawn Sorey is one of the most respected, all-encompassing musical minds of the modern era. His compositions invariably place his work at the upper echelon of jazz, modern classical and the avant-garde.

The second thing that had my attention was the album’s lineup: a Double Trio consisting of a typical piano-jazz set-up (featuring Sorey on drums and percussion, Cory Smythe on piano and Christopher Tordini on bass) as well as a classic string trio formed of Fung Chern Hwei on violin, Kyle Armburst on viola and Rubin Kodheli playing the violoncello.

Now, whenever I see a string trio on anything even remotely resembling a jazz record I go completely nuts. Seeing as this was also signed Tyshawn Sorey, I went into it with high expectations. In fact, my expectations were so high I even anticipated they would be surpassed, meaning this record has the distinct quality of simultaneously meeting and surpassing my expectations. All kidding aside, I think this pretty much sums up Sorey’s talent.

The young musician with an MA in composition from Wesleyan University and an upcoming Doctorate in Music for Composition from Columbia brought forth an impressively ambitious work influenced by the conducted improvisation method of Lawrence D. Butch Morris, among others.

Even before listening to a single note of this impressive 120 minute-long double-album (recorded in a single 15 hour-long session) I knew it was going to be one of those instances where I would profoundly regret not having any musical schooling. To be clear, The Inner Spectrum of Variables is as much a work of science as it is a product of art and, though it can be exquisitely appreciated by a layman, I am simply left in awe just thinking of the variegated layers that must reveal themselves to a trained musician’s ear.

From the start, you can tell you are listening to something special. Pianist Cory Smythe opens the record with a solo – the subtle but sublimely beautiful “Movement I (Introduction)” – establishing the piano as our first guide into the composer’s world of variables. This track also positions the first part of the record firmly in modern-classical territory, though genre delimitations are of little importance in Sorey’s work.

This is its own musical entity, of no more static consistency than a churning mass of fog (to quote John Dos Passos). And while many composers cross genres and blur the lines between musical styles, in Sorey’s case, this feels less like a construction made from various different building blocks and more like a number of assorted thematic influences reflecting off of an entirely authentic musical surface.

The short piano intro seamlessly flows into “Movement II” (one of my favorites) ceding the proverbial stage to the string section. It’s on this track more than any other that I feel the listener can get the best glimpse of Sorey’s innate understanding of constructing a coherent narrative. The string trio tells a remarkable story of patience, reflection, tension and expression. The ataractic piano appeases the strings, shifting the mood from dark and tense to almost nostalgic. When Sorey’s instrument makes its long-awaited debut in a quaking crescendo, it is just to further focus the listener’s attention on the intense and haunting strings.

Like the best composers, Sorey makes perfectly balanced use of his instrument, humbly using it to enhance, never to distract. The classical-ensemble feel of the first two tracks gracefully bows out in Movement III, with its sparks of jazzy experimentation in the form of spasmodic piano over frenetic drums and strings that hint at whale songs among other acoustic expressions of nature.

The shift towards the dissonant is subtle, not gratuitous. Its purpose isn’t to shock, but to reveal a different chapter in this musical story, one further inclined towards the deeper levels of contemplation. Also remarkable on this track is the composer’s use of silence to create space, especially around minute four, where the strings (including Tordini’s bass) break out into a veritable game of catch-me-if-you-can.

When the piano once again takes over, pace and patience become more and more important. To me, and perhaps others inclined to seeing music as a form of storytelling, Movement III sounds like the musical representation of meditation. With the mind’s descent into deeper levels of consciousness and quietude represented by the shift from playful pizzicato to solemn piano, the instruments grow calm, shifting their focus inward, much like the rampant thoughts of day-to-day life subdued by the tranquility of meditation.

Of course, the beauty of Sorey’s Variables is that, as the name suggests, the symbolism can take whichever shape the listener’s mind can conjure up. This allows the audience to participate in the work on an almost creative level, in a way achieved only by the topmost expressions of art. In this author’s opinion, the very best examples of literature leave enough room for the reader to fill with the contents of his or her imagination. Tyshawn Sorey’s compositions demonstrate that this effect can be achieved in music also.

Once again, Sorey’s drums are the last to make an appearance and, once again, their appearance is spectacular. Sorey’s introduction of the drums at around the ten-minute mark exacerbated by the tension in the strings and Smythe’s convulsive piano, collectively make for another one of the record’s best moments.

Towards the midpoint, when all instruments briefly descend into a tumult of controlled chaos, I can’t help but be reminded of John Zorn’s method of conduction, which is probably fitting seeing as how Sorey and Zorn sometimes collaborate. As the first record’s closing “movement” violently slips into a final minute of pure piano jazz, it foreshadows the more jazz-oriented vibe of the second part.

If the first of the two sides commenced with the classical beauty of the piano solo, part two opens with a contemplative, almost mystical percussion solo in “Reverie”, where Sorey’s cymbals and gongs create a mesmerizing catalog of cognition, somewhat reminiscent of Robyn Schulkowsky’s and Nils Peter Molvaer’s Hastening Westward, with strings and piano playing the part of Nils Peter Molvaer’s trumpet.

In “Movement IV”, dissonance dissolves into echoes of oriental music. The combination took me back to Zorn’s Masada String Trio and even Bar Khokba. It’s another one of my favorite tracks, mostly due to Sorey’s fantastic percussion. Though generally (and brilliantly) subdued throughout Variables, in this track, the instrumentalist side of the composer is at its most forceful. The song’s last few minutes are a sublime expression of impact, right up to the finale, when the whole song comes full circle.

The record closes with the disarmingly temperate and stridently spectral “Movement V + VI + Reprise” reminiscent of the closing tracks on many an ECM recording. Given the complexity and uniqueness of Sorey’s album, I still can’t make up my mind whether this is a good thing or not. Nevertheless, it’s a fascinating composition also.

Overall, with a broadness of scope reminiscent of Kamasi Washington’s The Epic (incidentally, The Music and Myth’s Best Instrumental Record of 2015), Tyshawn Sorey’s The Inner Spectrum of variables is a visionary work, masterfully imagined by a composer whose genius extends even beyond the brilliance exhibited by many of his distinguished peers and flawlessly executed by a band whose virtuosity is uncontested.

I usually close review of such a record saying it is “highly recommended” by The Music and Myth. But The Inner Spectrum of Variables is not merely highly recommended – it is required listening for any serious music aficionado.