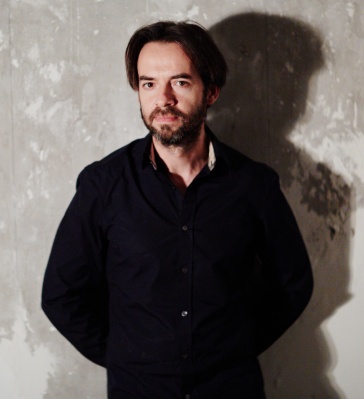 When The Book Beriah was announced, one record that instantly caught my attention was Da’at. After playing it several times, it has become one of my personal favorites in the collection.

Da’at is an interesting concept for many reasons. Presented as a Bonus CD containing almost exclusively compositions that also appear on Keter (plus one from Chesed), this album features the unexpected pairing of Craig Taborn and Vadim Neselovskyi, performing arrangements for solo piano, piano duo and piano trio.

While Taborn has worked with Zorn before, notably participating in the giant Bagatelles marathon and being featured on Flaga, The Book of Angels Volume 27 (alongside Christian McBride and Tyshawn Sorey), Vadim Neselovskyi has only recently started his collaboration with the legendary composer. On Da’at, the pianist makes his first recorded appearance on a John Zorn project.

Earlier this week, I’ve had the chance to speak with Vadim and find out more about the circumstances that led to the making of this intriguing record.

How did you get involved in Masada?

I actually met John Zorn very recently, in January 2017. I went to see him play. I was a fan of Masada since back in the early ’90s, when I was still living in Europe. I live in New York now and I’ve been meaning to meet him for a while. One cold January evening, I just went to National Sawdust to hear John play solo. We started talking after the concert and, within the next two weeks, we exchanged maybe 40 e-mails… or more. John is very fast, very effective. I started working with him right away.

I wrote an essay for his Arcana book… the latest Arcana, which was also last-minute. I’d never written an essay before but… why not? I did it. I started learning his Bagatelles and performed the music for him. We got together in the old Stone and I played for him and he said, “Yeah, that sounds awesome! I love it!” So we started collaborating.

That year, 2017, we collaborated quite a bit. It resulted in me playing with my trio at Village Vanguard as part of his Masada week. I played at various other events of his, either Bagatelles or Masada themes and it just keeps going. We’re meeting in November to see what’s next.

Could you tell me a bit about Da’at? How did it end up being a Bonus CD and why did Zorn choose to pair you with Craig Taborn?

Basically the concept for the whole 10-CD package was already done. Then, he met me and we started working. I think he wanted to add it just because he met me. He came up with an idea of a duo with Craig, or just a record that would feature us both. I don’t know why, but John is a genius – as you know – so he sees certain things other people don’t.

It was incredible for me to meet Craig. He is a true master. We spent a day in the studio together, the three of us, playing solo, playing duos. The trio recording happened later. John had heard how [Vadim’s trio] played his stuff at the Village Vanguard and he really loved it. He said, “Okay, I want to record this too.” Originally, he wanted to record just one song, but I know John… everything might change last minute. You have to be a little bit on your toes, a little bit flexible. It’s not set in stone. I was glad that we had more than one tune with the trio. We ended up recording three tunes and we made it on the CD.

Please talk to me a bit about your trio with Dan Loomis (bass) and Ronen Itzik (drums, percussion). You’ve recently released Get Up and Go which, interestingly, was your first album in a piano trio format. You’ve said in other interviews that you were looking to give the piano trio the sound of an orchestra. Why is that?

I started out as a composer. It’s at the very core of who I am. And I’m back to being a composer. I write a lot for the orchestra these days. I have this orchestral project that I’m really passionate about. We’re supposed to present it on November 3rd at the Ingolstadt Jazz Festival in Germany.

When I play with the trio, I miss all the “colors” the orchestra can give you. Orchestra gives you 11, 12 layers of sound. That’s why I was waiting to grow enough to learn how to orchestrate the trio so that it sounds bigger than just a trio. That’s kind of my thing. I want a small band to sound like a big band and I want a big band to sound like something that you’ve never heard before.

Tell me a bit about your creative process. How did your approach differ when writing for Da’at?

That’s a great question. Well, I mostly work on my own music, of course. It’s a very painful process. I might have an idea that sits there for 20 years and I wait until I really hear the right thing. With John’s music, it was different. First of all, you don’t have 20 years. (laughs) It’s John… you have to prepare it in, like, two weeks, you know? And the date is pressing and you have to be quick. Second, the idea didn’t come from me. In terms of the ego, I’m not as attached, so I was able to actually crank out lots of music based on John’s themes in a very short time. I even felt that, because I was kind of free to do with this material whatever I wanted and still it wasn’t my material, I was able to go into areas that I never went to. Now, I want to explore them in my own music.

For example, with the trio, we really accessed some almost like metal-driven rhythms with drums, really accessing kind of a hard rock mentality in a way that I always wanted to do. Somehow, I never got there in my own music. This was like a playground to go and do it. Or, you know, just to experiment and see what you can do in a 17/8 time signature. My music keeps changing signatures. I never wrote a tune in 17/8. Maybe I’ll never do this in my life. But here is an idea coming from John, and it’s 17/8… it’s “Ge’ulah”. Then, you’re in that kind of framework. 17/8. What can you do with that, artistically? With the groove, with drums, with rhythm? It’s such a fascinating and different way to look at music. I think it just unlocked new sides of me.

Another big thing that just kind of happened when I was doing it was… you know, I’m Jewish by nationality. I come from Odessa, in the Ukraine. Odessa is a very Jewish kind of center. But I’m not coming from a religious family. So, for us, being Jewish just meant that people would remind us that we’re Jewish, just because of the resistance that we felt in society. I never really experienced the Jewish music in my music. My music, I think, has much more references to Slavic music, which is close to my heart. I never really had the Jewish modes or klezmer influence or anything like this. And here I am playing a solo program based on The Book Beriah and really feeling something else, just going thousands and thousands of years back. I felt like I was accessing my DNA in a new way, you know?

With The Book Beriah finally released, what is next for you?

At the same time, I’m really interested in another program I wrote, for string quintet. It was commissioned for the Swiss Chamber Music Festival. We premiered it in September. It was string quintet, piano and Arkady Shilkloper on French horn. Arkadi is a member of the Moscow Art Trio, which was very popular in Europe in the ’90s. That was an interesting thing and I want to extend it. I want to possibly combine my trio with a string quintet and possibly with voice. Kind of a larger group, but still revolving around string quintet and my piano. So, the trio continues to develop.

The trio is here to stay, then. You’re sticking with it now.

Right, absolutely! It’s nice, we learn from each other and we evolve together. It’s a great process. But I will add more layers. (laughs)